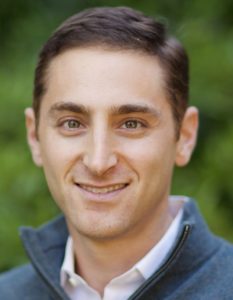 Have you ever thought you might have psychic powers? Precognition; remote viewing; telepathy; life review and near-death experiences are all addressed in Mark Gober’s recent book: An End to Upside-Down Thinking.

On Life Mastery Radio this week, Mark Gober left us with clear and open consciousness about our psychic powers. 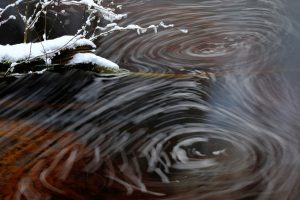 “Imagine reality is a stream of water, where water represents consciousness. Now imagine that within the stream, whirlpools form. Those whirlpools are self-localizations of water. While they may look different from other parts of the stream, the whirlpools are made of nothing more than water.

In the analogy, whirlpools represent individuals in a stream of consciousness. My brain is one whirlpool, yours is another, etc. Since water is the fundamental medium of the stream, it is possible that sometimes water from one whirlpool can end up in another whirlpool (think: psychic abilities). And when a whirlpool dissipates, the water simply flows into the broader stream (think: consciousness continues when the physical body dies).”

During our interview Mark mentioned he is not a scientist. When writing his book, he took a dispassionate approach to the research. Some of his sources include CIA declassified documents, peer-review research, and meta-analysis.

In fact, Mark finds it amazing that remote viewing (being able to see something in a different location than you’re in) has been stated in CIA declassified documents by the US Government, as “a real phenomenon”

Mark’s interview was fascinating. He has certainly provided evidence (which is massive in quantity) anyone would need to prove psychic power is real.

Do you have wizard-like abilities, or want to develop those abilities? Read An End to Upside-Down Thinking.

Listen to our interview with Mark Gober: Mark Gober Mark 12, 2019

What does it mean to evolve consciously? How can we create authentic, heart-based connection?
Julie Krull answers these questions in her book, and she revealed some of her ideas in her interview this week.
lifemasteryradio.net/the-prescription-for-chaos-separation-and-fear/ ... See MoreSee Less

Life Mastery Radio with Todd and Jackie was live.

Dr. Julie Krull, author of Fractured Grace: How to Create Beauty, Peace and Healing for Yourself and the World , a 2019 Nautilus Grand & Gold award winning book, says change begins with a realization of our inherent wholeness, which is the medicine of our times. ... See MoreSee Less

One hour from NOW on #LifeMasteryRadio hear Julie Krull who is supporting whole-system health, and expanding a whole worldview for the good of the whole. 10:00 AM pst Tune in! ... See MoreSee Less

Tomorrow on #LifeMasteryRadio is Julie Krull. Change begins with a realization of our inherent wholeness, which is the medicine of our times. 10:00 am pst on Facebook ... See MoreSee Less

Dr. Julie Krull is the author of Fractured Grace: How to Create Beauty, Peace and Healing for Yourself and the World, a 2019 Nautilus Grand & Gold award winning book. Tuesday she'll be on #LifeMasteryRadio ... See MoreSee Less