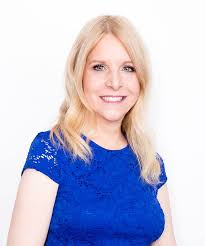 Karen Noé is an internationally renowned psychic medium for the past two decades with a two-year client waiting list.  She was a deep admirer of Dr. Wayne W Dyer, a man whose teachings truly transformed her life. She followed his wisdom to ask, “How May I Serve?” so that she could be a force for peace and love in the world.

A little about Karen’s story:   Just one month after Dr. Dyer’s passing, Karen flew to Orlando FL to speak at Hay House’s I CAN DO IT! Conference.   She flew in a day early to attend a tribute to Dr. Dyer along with members of his family. As she walked back to her hotel, Karen spoke inwardly to Dr. Dyer and asked him to give her a sign if he could hear her. She then asked how she could serve him.

The answers came in minutes…not just a direct response telling her she was already serving, but also a visual sign that highlighted the letters W…E . Delighted with this contact, she thought initially that the W…E stood for WaynE. But she was soon to discover it meant WE.

Dr. Dyer had opened the way for her to become a powerful conduit to deliver WE CONSCIOUSNESS: 33 Profound Truths for Inner and Outer Peace (Hay House, March 2018), anextraordinary collaboration with Dyer and a collective known as the WE Guides, including St. Francis of Assisi, bringing forth vital information for all of humanity on how we can achieve heaven on earth today.

Karen Noé is the founder of the Angel Quest Center in New Jersey, an internationally sought-after medium, spiritual counselor, healer and the author of the bestselling books Your Life After Their Death: A Medium’s Guide to Healing After a Loss and Through the Eyes of Another: A Medium’s Guide to Creating Heaven on Earth by Encountering Your Life Review Now.  www.karennoe.com

One hour from now! James Redfield joins us on #LifeMasteryRadio 10:00 AM Pacific. His book is resurfacing: The Celestine Prophecy ... See MoreSee Less

Tomorrow, join Todd and Jackie as they interview author of #TheCelestineProphecy James Redfield on #LifeMasteryRadio 10:00 AM pacific ... See MoreSee Less

“The world is moving from receiving spiritual insights to living in the Consciousness of our lives.” James Redfield is our guest this Tuesday on #LifeMasteryRadio ... See MoreSee Less

On #LifeMasteryRadio Tuesday, James Redfield will tell us why be believes intuitive guidance, a flow of synchronicity, and a destiny to make the world more enlightened is what we need. #TheCelestineProphecy #LifeMasteryRadio ... See MoreSee Less