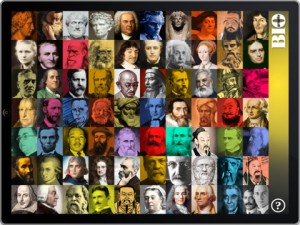 Pam Grout was a recent guest on the Life Mastery Radio Show. This post is from her blog. If you’d like more on Pam, visit our archives for her interview!

My new favorite pastime while flying (at least when seatmates make it abundantly clear they don’t want to chat) is reading the New Yorker. Last week I read about a seven minute workout, custom cookie cutters made from a 3D printer and a 27-year old genius named Emerson Spartz who has already launched dozens of highly-successful websites.

His first, when he was 12, was Muggle.net, the most popular Harry Potter fan site in the world. It landed him on CNN and Fox News and J.K. Rowling even invited him to her estate in Scotland. Today, he has nearly 50 employees and raises millions in ad revenue every year. Did I mention he’s 27?

The thing about Emerson that most interested me was something his parents insisted upon when he was a kid. I have no idea if they made him pick up his room or eat vegetables. But there was one thing that was non-negotiable. He was required to read four short biographies of very successful people. Every single day.

In other words, his parents made it compulsory that he fill his mind with possibility, that he focus on success, that he learn about what a little creativity and vision can accomplish.

It’s like I always say: We animate into our lives whatever we place our attention upon.

Make this week shine, my friends.