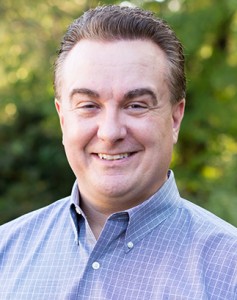 Take the time to build a bond with your animal and trust you’re receiving the info you need from them.

That’s a nugget of wisdom worth applying to all our important relationships, no?

Some other nuggets from our interview with Tim Link:

And we aren’t just referring to dogs and cats – you can apply everything you learn from Tim Link to all your animals – we’re talking chickens and goldfish.His book is not only an animal communication how-to but a great reference manual for your bookshelf when dealing with a specific issue.Formal Bio:

I learned that I could communicate telepathically with animals in February 2004. Until then, I had no idea that I had this ability.

The journey to this discovery began when my wife asked me to attend an Animal Communication workshop with her in the Atlanta area as her birthday present. It was an all-day workshop taught by a long-time practitioner of animal communication and included about seven other participants.

A lot of material was covered in the eight-hour session including meditation, self-hypnosis and practicing receiving information rather than just sending information. We also practiced a lot of the various techniques that we learned during the workshop.

Over the next several months, I used my ability to communicate with my own pets and the pets of friends and family. As my gift continued to grow, I began helping others within my church with their pets, as well as animals at the local animal shelters that I work with.

My gift is much stronger and flows more easily than in the beginning. It brings a lot of joy to me to be able to bridge the communication gap between pets and their human companions. I cannot tell you the number of people that have told me how much more they understand about their pets from the sessions we have had. Being able to give the animals a voice is truly a blessing.

Listen to “Animal Communication with Tim Link 7/14/15” on Spreaker.