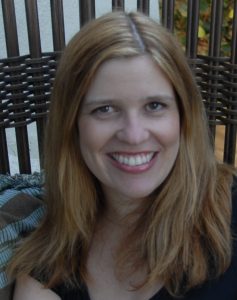 This interview with Jennifer Caloyeras was a rare treat, as we don’t usually have fiction writers on the show.

But the depth and implicit Life Mastery themes in her novel, Strays, made perfect sense for our usual programming.

We’re thrilled to introduce readers, writers, and dog lovers to this extraordinary woman.

Strays is a coming of age novel about a young protagonist, Iris Moody, a volatile, troubled girl, who finds herself training and caring for a three-legged pit bull with a past that parallels her own.

This interview is about presence, writing, and finding the personal empowerment to rewrite our futures.

Jennifer is available for school visits and book club meetings.

She is the author of two young adult novels: Strays (2015) and Urban Falcon (2009). Her short stories have been published in Monday Night Literary, Wilde Magazine, Storm Cellar and Booth. She has been a college instructor, elementary school teacher and camp counselor. She was the dog columnist for the Los Feliz Ledger and the Larchmont Ledger from 2006 until 2016.

Jennifer served as the writer-in-residence at the Annenberg Beach House from January to March, 2016.
Jennifer is available for school visits and book club meetings.

Listen to “Writing Stray with Jennifer Caloyeras07/26/16” on Spreaker.

Life Mastery Radio with Todd and Jackie was live.

In one hour, tune in to #LifeMasteryRadio with Stephanie Red Feather. Why are there more Empaths than ever before? 10:00 AM Pacific ... See MoreSee Less

Reclaim the lost powers of your ancestors tomorrow on #LifeMasteryRadio at 10:00 AM Pacific ... See MoreSee Less

Learn about the impending reactivation
of dormant levels of consciousness and cosmic memory on Tuesday's #LifeMasteryRadio with Stephanie Red Feather ... See MoreSee Less